In light of climate change, Now is the time to take a deeper look at Southern California’s love hate relationship with the LAWN. 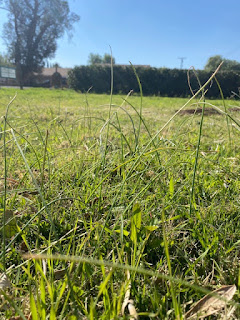 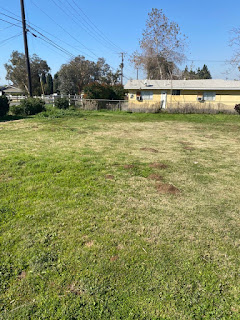 As a preteen and adolescent I had to mow the 800 square foot lawn in front of my family’s Garden Grove tract home. I hated it but it was one of the few chores I was required to do so I reluctantly accepted my responsibility.

In the late 1990’s and early 2000’s I joined in the call for removal of water wasting lawns and replacement of said area with native species. All this in the name of saving some of the state’s precious resources. I also envisioned in my head a viable habitat lining suburban streets as hundreds even thousands of homes were now fronted by a mixture of sage, bunch grasses and California Poppies. This mental picture of an arid water saving landscape with aromatic herbaceous plants surrounded by chunks of colorful sandstone and compacted decomposed granite was beautiful. Many homes in Southern California replaced their turf with native plants and achieved desired water savings while creating outstanding and beautiful gardens.

When my family moved onto the One-acre property we live on now, it had been scraped clean of vegetation except for the grove of very old olive trees behind the house. The quarter acre in front of the house became my wife’s project and she immediately began to regularly apply water. By the end of the first winter we began to call it the front lawn.

To be clear, our lawn is not a typical lawn one might expect to find in southern California. After 10 years of mowing it with a weed whacker to mimic the results of being grazed we now have a diverse pasture. It is not all native though wild Brodiaea, miniature lupine, and some poppies can be found in our little pasture front lawn.

Now understand that the ideas I present here are purely based on observation and no scientific testing has been done. I know however that the diversity I see on my pasture is greater than I find on many of the Native Gardens created to reduce the water consumption of a private household. My pasture is irrigated 2 or 3 times a month and thrives. We sequester significantly more carbon in our organic rich top soil and thriving year round vegetative cover than single species lawns and ornamental gardens. In fact I have seen our organic matter increase immeasurably (there was none 10 years ago) and at least 3 inches of humus has accumulated where once it was just mineral soil.

I know that this is only anecdotal evidence but I offer it so that we may begin to look at what some have estimated to be 50,000 acres of lawns in Southern California alone. And I would also remind my habitat restoration friends that grasslands in California are equally as  threatened as Coastal Sage Scrub and diversity is strength. Imagine now if we could restore 50,000 acres of grassland, just by treating our front lawns as pasture.

So I suggest that now is the time to re-evaluate our lawns. Not to remove them, but to change the management practices we employ on them. We can save water, increase diversity and counter climate change by treating our lawns as grasslands rather than golf courses. Maybe we can eventually even convince municipalities that suburban neighborhoods can legalize grazing. Every suburban street can share a steer and practice rotational and intensive grazing--- one lawn, one day.

Politics and Community I am not a republican or a democrat and I frankly have been disappointed with the leaders both parties have put forwa... 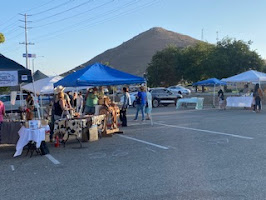 Patrick Mitchell
Patrick Mitchell is a farmer, naturalist teacher and writer. He is the Five Keys Schools and Programs Farm Ambassador and operates Windy River Farm, a small diversified vegetable and flower farm in Norco, California. Patrick represents the fifth generation of his family to work in American Agriculture. He is the author of two books and numerous popular and peer reviewed articles. Patrick has more than 20 years of experience in ecological horticulture and land-based education. For the past decade Patrick has taken a hands-on role in various market-scale farm operations by growing and selling culinary herbs, citrus, vegetables and other specialty crops. Patrick has owned several small businesses with his wife including the WIld Bunch Flower Co. which they operate on their small ranch in Norco. Patrick currently serves on the board of several environmental and agricultural non-profit organizations. He is a scholar of the relationship between nature and culture and believes deeply in the transformational power of putting ones hands in soil.